Justice Dorab Framrose Patel (b. 1924 – d.15 March 1997), was a Pakistan jurist of Parsi descent, and lawmaker who served as a former Justice of Supreme Court of Pakistan and former Chief Justice of Sindh High Court. Justice Patel was a prominent campaigner for human rights, and was a founding member of the Asian Human Rights Commission (AHRC) in 1987 and the co-founder of the Human Rights Commission of Pakistan. 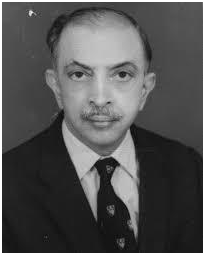