Late Hamoodur Rahman was a Pakistani Bengali jurist and an academic who served as the Chief Justice of Pakistan from 18 November 1968 till 31 October 1975.

Educated in law and trained as a jurist from the United Kingdom, he earned notability and international fame when he chaired the War Enquiry Commission to investigate the responsibility causes of the war with India that led the liberation of East Pakistan and provide insightful recommendations to prevent future armed foreign intervention. In addition, Rehman served as a law professor in the faculty of Karachi University and vice-chancellor of University of Dhaka while remaining active in promoting literacy across the country.

During his career as Senior Justice at the Supreme Court, Rehman held various dignified positions and engaged himself in promoting the literacy across the country. From 1959 to 1960, he was a member of International Court of Arbitration that is based in the Hague, Netherlands. In 1964, Rehman, upon request by the Ministry of Education (MoEd), led the “Commission on Students Problems and Welfare” as its chairman where he authored the report and submitted the case study recommendations to the Government of Pakistan in 1966.[11] In 1967, he was the member of the “Law Reforms Commission” that conducted the various case studies on land reforms in Pakistan on behalf of Ministry of Law (MoL). 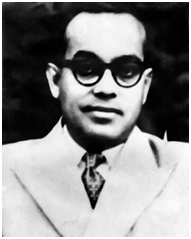