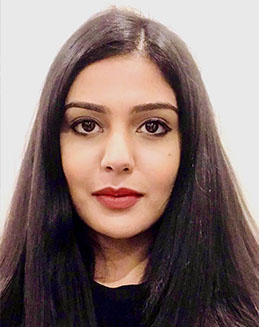 Ms. Reema Omer holds LLM in Public International Law from University of Cambridge, UK and LLB from Lahore University of Management Sciences (LUMS).  In 2011, she joined the International Commission of Jurists (ICJ) as its South Asia Consultant. Since 2013, she has served as ICJ’s International Legal Adviser for Pakistan. Ms. Omer has authored several reports on various issues relating to human rights and rule of law both in Pakistan as well as internationally.

Ms. Omer regularly writes for national and international publications on human rights, the rule of law, social justice, and constitutional issues of Pakistan including daily Dawn.

A collection of her OpEds is available at: https://www.dawn.com/authors/815/reema-omer

Her research publications include the following

These publications are available at www.icj.org