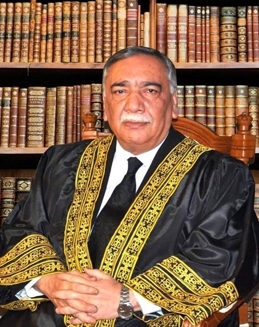 Hon’ble J. rtd. Asif Saeed Khosa is a former chief justice of Pakistan. Throughout his career as a lawyer and a judge, he has been known as a fiercely independent minded judge. He was one of those judges of high courts who declined to take oath under the PCO in 2007.