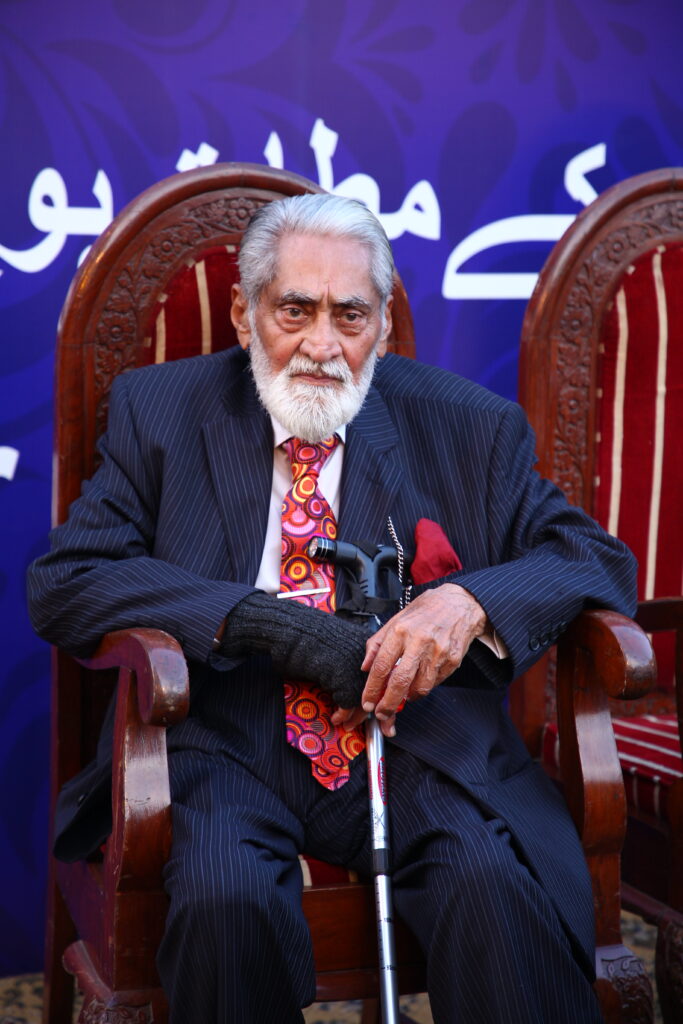 Justice (R) Syed Afzal Haider joined the legal profession and became a member of the Bar in 1956. But it is not just law he is known to have been associated with. He is a multifaceted personality. He is known for his understanding and application of the law, Islamic values, and history in equal measure. His journey in excellence started quite early in life when he was a young Formanite.

In 1947, Justice Haider got an opportunity to assist the team of lawyers appointed by Quaid e Azam to present the case of All India Muslim League regarding the division of India before the Boundary Commission created by the British Raj. This opportunity came his way as his father, Syed Muhammad Shah, was a well-known lawyer who was requested to provide legal assistance.

Later on, J. Rtd. Syed Afzal Haider passed LLB and joined the bar in January 1956. Since then, he has been a lawyer, judge, teacher, researcher as well as a prolific writer. He has been a senior advocate of the Supreme Court of Pakistan. He has also served for two terms as a member of the Pakistan Bar Council. He was elected as Vice Chairman of the apex statutory body of the Council as well as Chairman Executive Committee. He was elected as Secretary of Lahore High Court Bar as well as President. He remained a member of the Law Commission of Pakistan and a session member of the Council of Islamic Ideology. He has been an important part of several reform efforts in the legal framework including the prison reforms. But the contribution to the development of law and the legal profession is not his only claim to fame as he has also been in the vanguard to promote democracy in Pakistan. During 1979-86, he was among the lawyers who waged the struggle for the restoration of democracy in the country.

He has authored several books and papers not only on issues relating to the law but also on Tassawuf and Sufi thought, as well as other issues. He is a well-known scholar of Islam, Islamic law, and jurisprudence.